What inspired you to become a theater maker and lighting designer?

I come from a very musical and artsy family so I think a career in arts and entertainment was inevitable. I would say the inspiration to become a theatre maker came from my family while my inspiration to design with light specifically came much later in my undergraduate studies after being pushed to design my first solo show by my lighting professor at the time, Mr. Jeffrey Davis.

While still in high school, I volunteered with the local community theatre at the college my mom works at and those [scenic] build and paint days happen to be my earliest recollection of “theatre education.” Following high school, I attended Alabama State University, a 4-yr HBCU where I majored in Theatre Arts with a concentration on Technical Theatre. After I graduated, I took a year to do some more lighting work outside of the educational setting while I shopped for grad schools, finally enrolling in the University of Cincinnati’s conservatory program (CCM) in 2017 to pursue my MFA in Lighting Design & Technology.

What school subjects that our students may be studying do you use everyday?

Believe it or not, math! Haha I use the Pythagorean Theorem literally for every show to determine which lens I need to use to effectively cover the stage with an even wash. Additionally, there is a lot of geometry involved with lighting, as you are constantly calculating things like beam angles, beam sizes, and trying to find the perfect position for your 45 degree angle to have a true McCandless method. I would also say there’s a fair bit of English involved as you’re always reading scripts and delving into an analysis of any given show.

When thinking about bringing the island of Jamaica to life, how did you work to accomplish that through lighting?

I looked at a lot of pictures of some Jamaican shorelines to begin with and then I began researching Cattawood Springs and Portland Parish specifically. What I found was a lot of foliage, clear, sunny skies, and vibrant colors both in the Blue Mountains and in the sea. The scenic designer, Tramaine Berryhill, had the idea to section out the stage into defined spaces and I wanted to mirror that with lighting. So we have one area of the stage that will be COVERED with trees and patterns of trees to kind of emulate a dense and lush junglescape. Then I have a lot of different colors of “sunlight” that will play from different places on the stage to give us time of day and to cast some beams of sunlight through that onstage foliage.

How did you collaborate and draw inspiration from the director and other designers for Bob Marley’s Three Little Birds?

The director, Kenneth Brown, gave Tramaine and I the concept of having different spaces onstage be completely different places on the island so there were quite a few conversations about what each space should look like and which scenes take place where. That was my starting point when I began to think about the relationship between the set and lights. Additionally, after seeing the costume renderings, I really wanted to play up the existing color in the costumes (for the history lesson scene in particular) by having the lights in the same colors as the flag from the country being represented to further marry lights and costumes in that moment.

If you could pick any song to inspire a musical, what would it be and why?

Ahh good question….it would probably be Find Your Way Back from Beyonce’s Black Is King. All of the songs from that album have a lesson in it honestly but I can vividly see a story around Find Your Way Back in which a child is raised with certain beliefs and morals and the world tries to challenge those beliefs and morals through different experiences and situations, initially changing that person for the worse but ultimately remembering who they are and where they come from.

Rachael N. Blackwell is a native of the Hampton Roads area of Virginia. She received her Bachelor of Arts in Theatre Arts from Alabama State University in Montgomery, AL and her MFA in Lighting Design & Technology from CCM, University of Cincinnati. Rachael is a freelance designer who enjoys working on original and new works as well as opportunities that allow her to stay connected to her African American roots. She was the 2020 recipient of the Gilbert Hemsley Lighting Internship and the Judy Dearing Design Competition for Lighting, presented by the Black Theatre Network (BTN) and in 2021, Rachael received an Off Broadway nomination for her NY lighting design of new musical Rathskeller: A Musical Elixir. Other credits: Master Harold & the Boys – Syracuse Stage, A Soldier’s Play – VA Arts Festival, Four Women & an Artist – Zeiders American Dream Theatre

Get your tickets now! 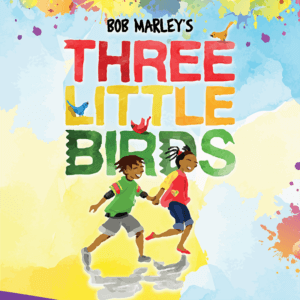