We are getting ready to close our 2017/2018 season, but before we do, Orlando REP is excited and proud to share the genuine-and-for-real Judy Moody & Stink: The Mad, Mad, Mad, Mad Treasure Hunt by Allison Gregory! This play, based on the book series of the same name by Megan McDonald, features the tempestuous and lovable Judy Moody, her little brother Stink, and their sizzling summertime adventure on Ocracoke Island.

Before we bring Judy Moody to the stage for Orlando audiences, let us take a closer look at the unprecedented development process of this brand-new play— a RARE process for the rare Judy Moody.

Judy Moody & Stink: The Mad, Mad, Mad, Mad Treasure Hunt began as an idea from Michael Bobbitt of Adventure Theatre MTC in Rockville, Maryland. He rallied seven theatres for young audiences across the country, including his own and Orlando REP, to co-commission this page-to-stage adaptation. The seven theatres (Adventure Theatre MTC, Orlando REP, Bay Area Children’s Theatre in Oakland, California, Children’s Theatre of Charlotte in Charlotte, North Carolina, First Stage in Milwaukee, Wisconsin, the Rose Theater in Omaha, Nebraska, and Oregon Children’s Theatre in Portland, Oregon) are each staging their own productions in rolling premieres, ending in the spring of 2019. 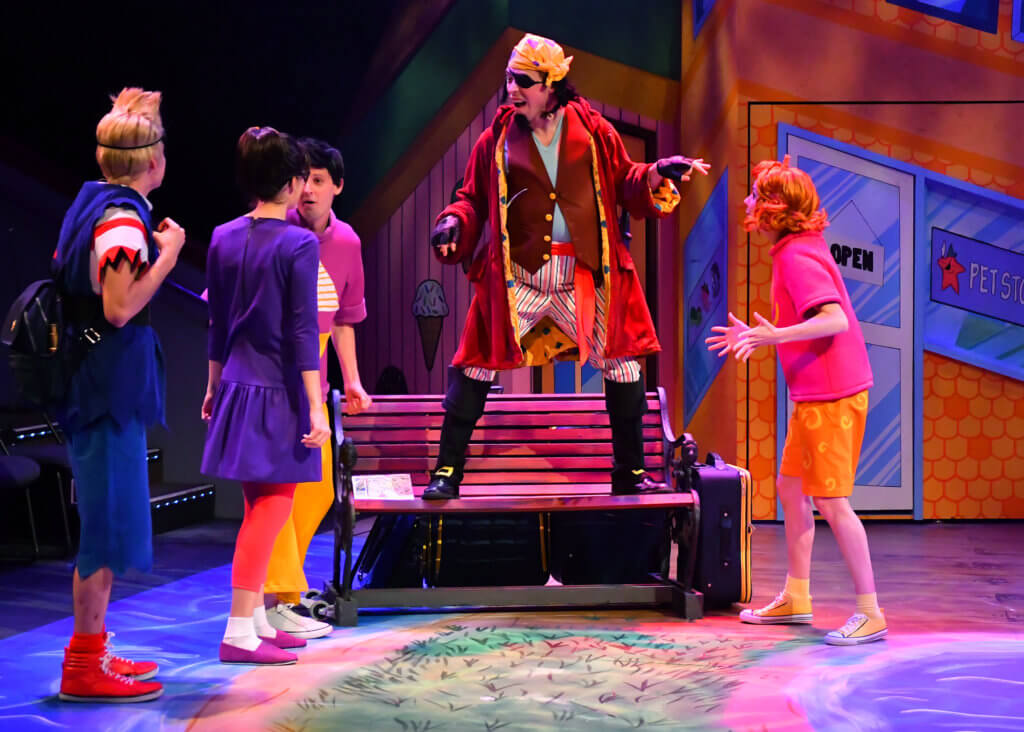 This massive collaboration with playwright Allison Gregory has been both exciting and challenging as Judy Moody and her friends come to life. Each production, and each artistic director, brings their own personality and artistic style to the script. Orlando REP is the third theatre to produce the show. During each rehearsal process, Allison continues to tweak and edit the script. We have already made changes to the script during rehearsals here at Orlando REP, and everyone involved with the project is excited to see how the play grows and evolves over the next year. According to Jeff Revels, Artistic Director of Orlando REP and director of Judy Moody & Stink: The Mad…, “By the time the seventh production is staged, this play will be the sharpest, tightest, most nimble version of itself that it can be.”

We asked the artistic directors of the seven theatres about the play and the process. Here is what they had to say!

Why did you decide to join this collaboration?

Jeff Revels (Orlando REP): I jumped on board for several reasons — I knew that our audiences would love Judy Moody and Stink, and it was a great opportunity to work with many of my friends in Theatre for Young Audiences (TYA). I am always seeking ways for Orlando REP to evolve, and this was a chance for us to create a new play and add to the TYA canon.

Michael Bobbitt (Adventure Theatre MTC): When the rights were made known to me in June of 2015, Adventure had just come off of a couple of terrific co-commissions (including previous commissions with Jeff Frank and Stan Foote). I thought a cross-section of TYA companies around the country with different sized theatres and different casting approaches might be a unique challenge for a playwright, but, ultimately, would produce a script that worked for many theatres. I reached out to my friends in the field, and six of my colleagues said, “Yes!”

Adam Burke (Children’s Theatre of Charlotte): I joined because it was an idea that had the potential to move the field forward and to investigate the idea of collaboration in a completely new way.

Stan Foote (Oregon Children’s Theatre): The concept of seven companies working together was just too exciting to pass up. 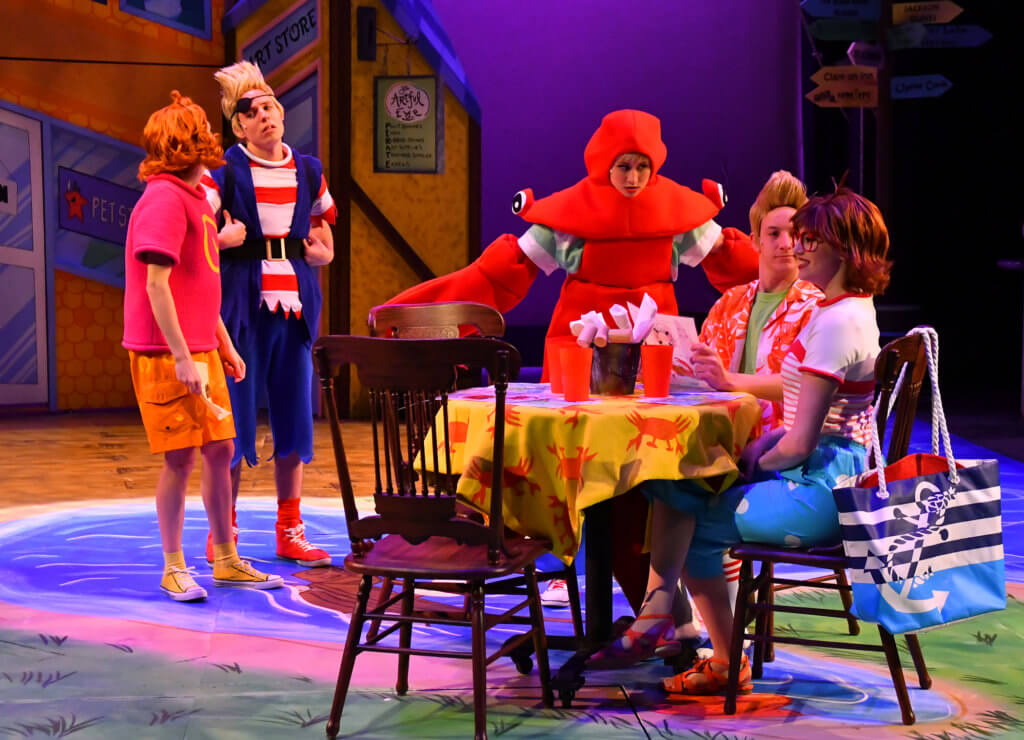 What is special about Judy Moody?

Jeff Frank (First Stage): I love her spirit and her passion. We all can identify with her moods and emotions and with her efforts to move through them in a positive way. I also love the relationship between her and Stink — equal parts annoying one another and loving and needing one another.

Stan Foote (Oregon Children’s Theatre): Judy Moody is an adventurist. She is a dreamer.

Jeff Revels (Orlando REP): She caught the imaginations of young readers everywhere, no easy feat in our fast-paced, short-attention-span world. When a character becomes larger than life, that is pretty special.

Nina Meehan (Bay Area Children’s Theatre): Judy is a terrific character, because she is expressive and imaginative! I love presenting strong female characters on our stage.

Matt Gutschick (Rose Theater): I think she is reflective of the emotional and intellectual lives of adults and children. We all experience internal resistance to change, like Judy, but the support systems we have to lean on make that change tolerable and even enlightening.

Michael Bobbitt (Adventure Theatre MTC): She is who she is, feels what she feels, and says what she needs. If all of us were like that, perhaps the world would be able to communicate in a better way.

What are you excited to see as the script continues to be developed through 2019?

Matt Gutschick (Rose Theater): We are excited to continue witnessing the refinement of the characters’ voices in the play. Each draft Allison has done so far gives greater specificity and imagination to the points of view of Judy, Stink, and the other characters in the piece.

Michael Bobbitt (Adventure Theatre MTC): I love watching each theatre add depth and nuance to the show. It continues to get stronger and stronger. I am also interested in how the funny minor characters grow and specify.

Jeff Frank (First Stage): We are one of the theaters that will utilize age-appropriate casting, and, because of that, I’ve expanded the cast size. We are interested in seeing how that will add to the build-up of tension and excitement as the hunt happens all around the island.

Adam Burke (Children’s Theatre of Charlotte):  My production at Children’s Theatre of Charlotte is the last of the bunch, and it is exciting that, even though there have been a few productions already, each one brings something new. This process builds in seven opportunities for the playwright to examine, invest in, and develop the play. That is a gift for the play, the playwright, and I believe the field.

What is your favorite moment in the show?

Jeff Frank (First Stage): I love all the fantasy sequences where we get insight into the inner workings of Judy’s amazing mind.

Michael Bobbitt (Adventure Theatre MTC): The final showdown and split scene. I’m on the edge of my seat!

Matt Gutschick (Rose Theater): My favorite moment in the show is when Stink wants to give up on the treasure hunt, Judy then has a fantasy about her parents’ reaction to losing Stink, and she immediately pops back into reality to encourage her brother. I think it encapsulates the sense of adventure, imagination, and theatrical comedy that the piece does so well.

Stan Foote (Oregon Children’s Theatre): I love when Judy and Stink invite Tall Boy and Smart Girl to join them on the pirate ship. It shows generosity and humanity. 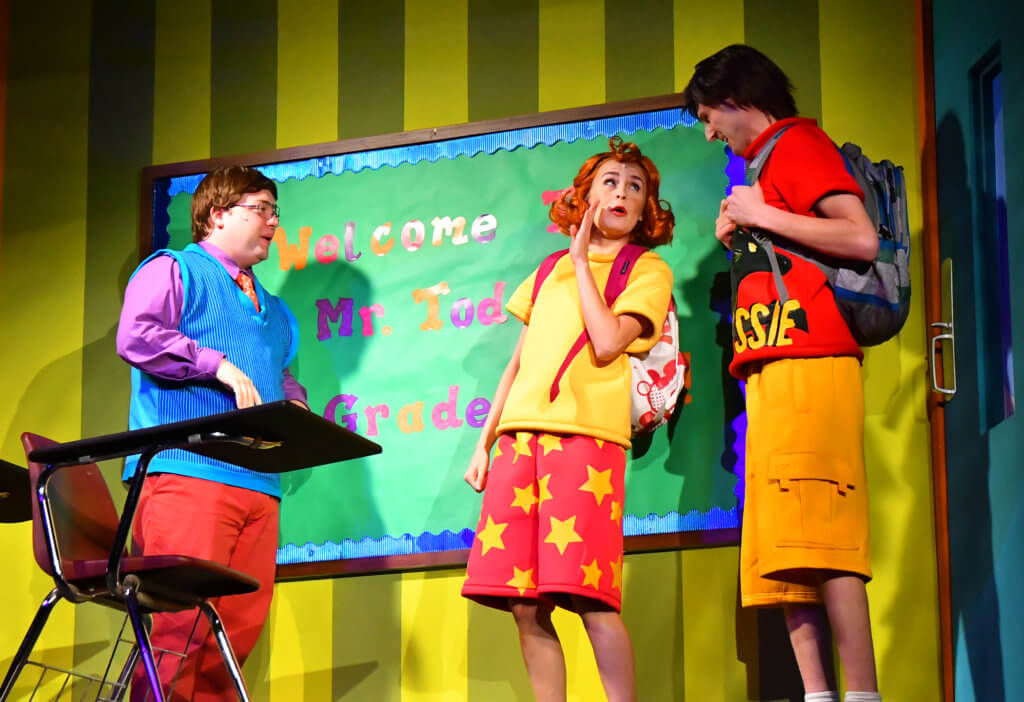 If you could describe this play in three words, what would they be?

Jeff Revels (Orlando REP): Fun, action-packed, Fun! What else could a pirate-themed treasure hunt be?

What do you hope young audiences and their families will take away from this story?

Jeff Revels (Orlando REP):I hope they take away that even though your siblings or friends or family may annoy you at times, if you work together, you can accomplish your goals.

Jeff Frank (First Stage): Our relationships with our siblings are special and not to be taken for granted. Also, don’t ever give up. There is power in perseverance!

Matt Gutschick (Rose Theater): I hope audiences will remember that adventure is often just a matter of invention. Boredom can always be upended with a little effort, a game, or good family and friends.

How has this collaboration affected the way you work within the field?

Michael Bobbitt (Adventure Theatre MTC): I don’t know if I ever want to develop a play without colleagues and co-commissions. We have some of the most brilliant and theatrical minds in the business working in TYA.

Jeff Frank (First Stage): I now feel I’ve got an even stronger network of artistic partners that I’m excited to work with and learn from in the coming years.

Nina Meehan (Bay Area Children’s Theatre): It’s been a terrific opportunity to broaden artistic conversations with my colleagues and establish a new model for commissioning.

Jeff Revels (Orlando REP): I hope this is the beginning of many more projects using this business model. I love it for two reasons: I business-love it because it allows us to go after titles that are inaccessible on our own because of cost. I art-love it because I get to share and talk and create with seven other incredible colleagues: six other artistic directors and one incredible playwright!

Did you know about our newest pre-show activity? Come to the theatre early to participate in Text 2 Play! Follow the text-based scavenger hunt around the lobby before the show to collect the pieces of your pirate survival kit and earn your prize! (Carrier rates apply.) 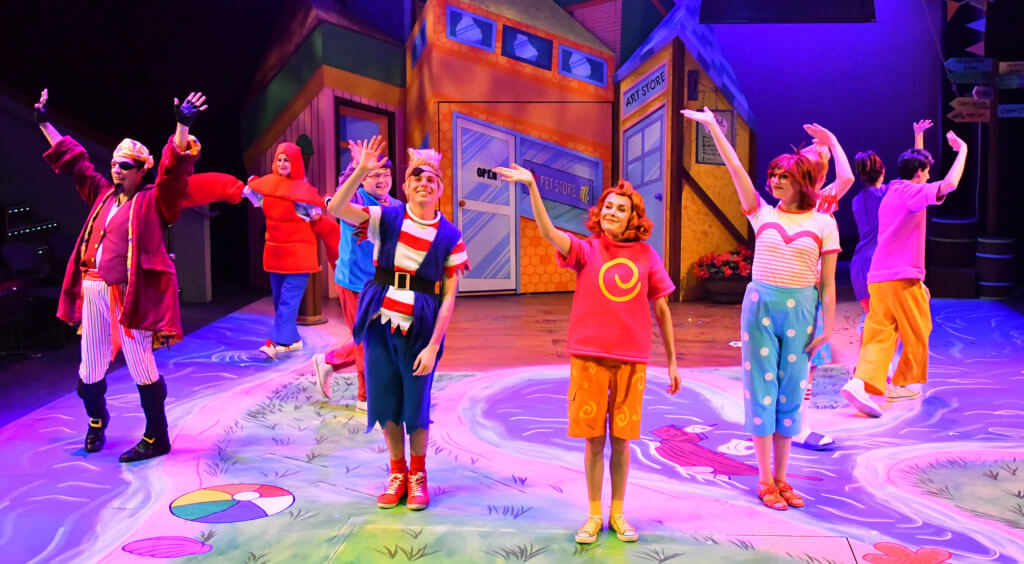