When did you decide to become a scenic designer and why? I was fairly certain from an early age that I wanted to draw pictures of things that would get made into something real. Between 1st and 5th grade, I practiced designing cars, then buildings, then musical instruments, then posters. Somewhere in middle school, like a lot of the students here at Orlando REP, I discovered live theatre and I have not really done anything else since.

Somewhere in middle school, like a lot of the students here at Orlando REP, I discovered live theatre and I have not really done anything else since.

What kind of training prepared you for your work? In addition to studying scenic, costume, and lighting design in college, I majored in art history and have been a lifetime student of pop culture, architecture, and film. Whether you are doing it for school assignments or just for practice, drawing every single day is the most important thing to help you grow as a designer. 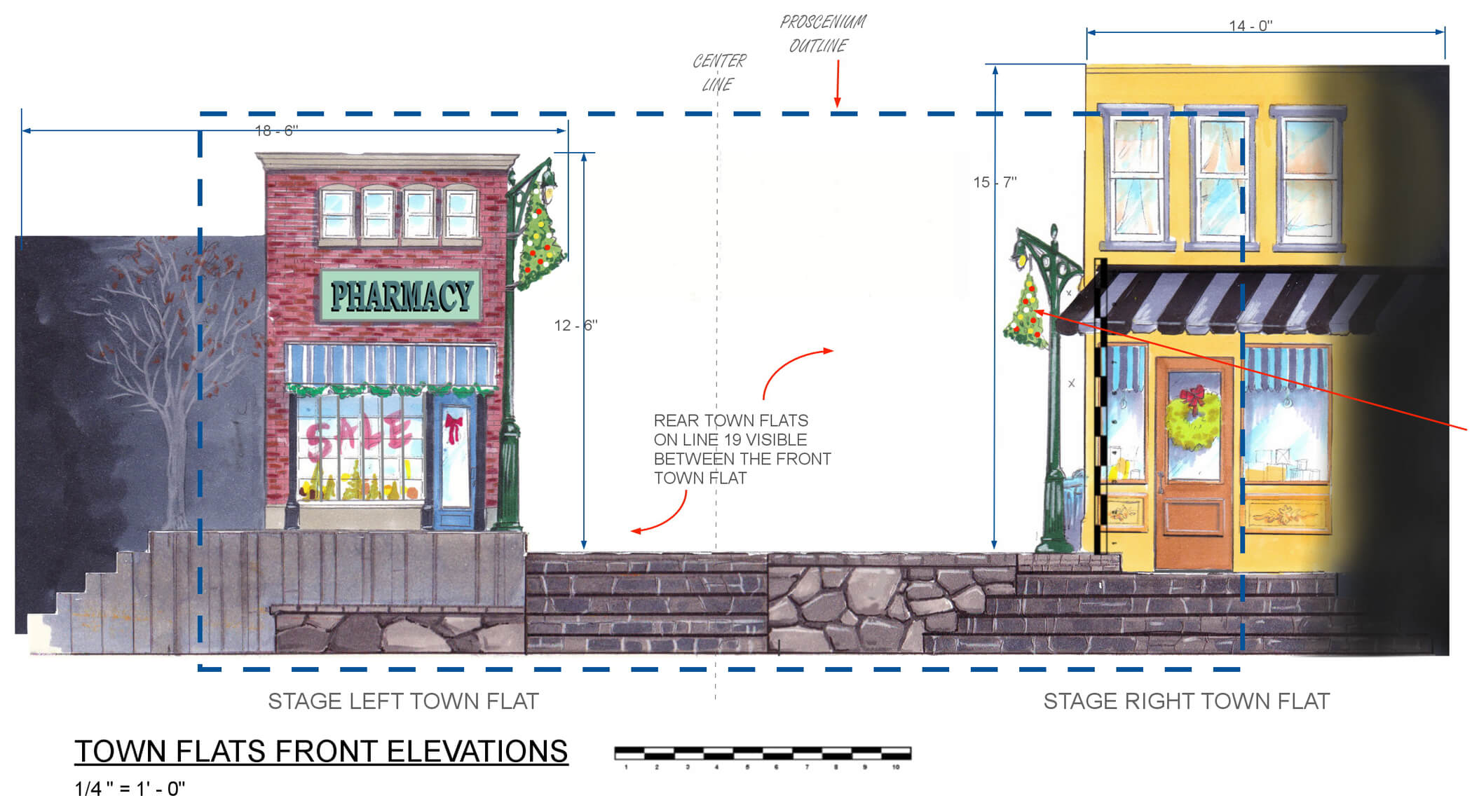 The Best Christmas Pageant Ever: The Musical takes place in the early 1960s. How did that inspire your set design? Aahhh, the 60s, the decade of my childhood! The 60s was an interesting era in the United States,with lots of shiny new modern places being built, like the Bradley’s modern home and the kids’ school, but also lots of older, early 20th century places still being used, like some of the buildings in town. I wanted the town to seem like a typical place in transition, with some people embracing the modern 60s and some people left behind.

It was hard to imagine yet another way to tell the Christmas story, but Barbara Robinson’s book does exactly that. The final pageant is nothing like anyone expected it to be… I get all teary!

How did you approach the design of the Herdmans’ house differently from the rest of the show? The Herdman family is barely getting by, and their house seems old and run down compared to the rest of the city. Yet, the scenic piece showing their house is vivid with detail, the most of any setting in the show; it is packed with memories and full of life. Poor and destitute does not always appear that way to children, especially the youngest ones. 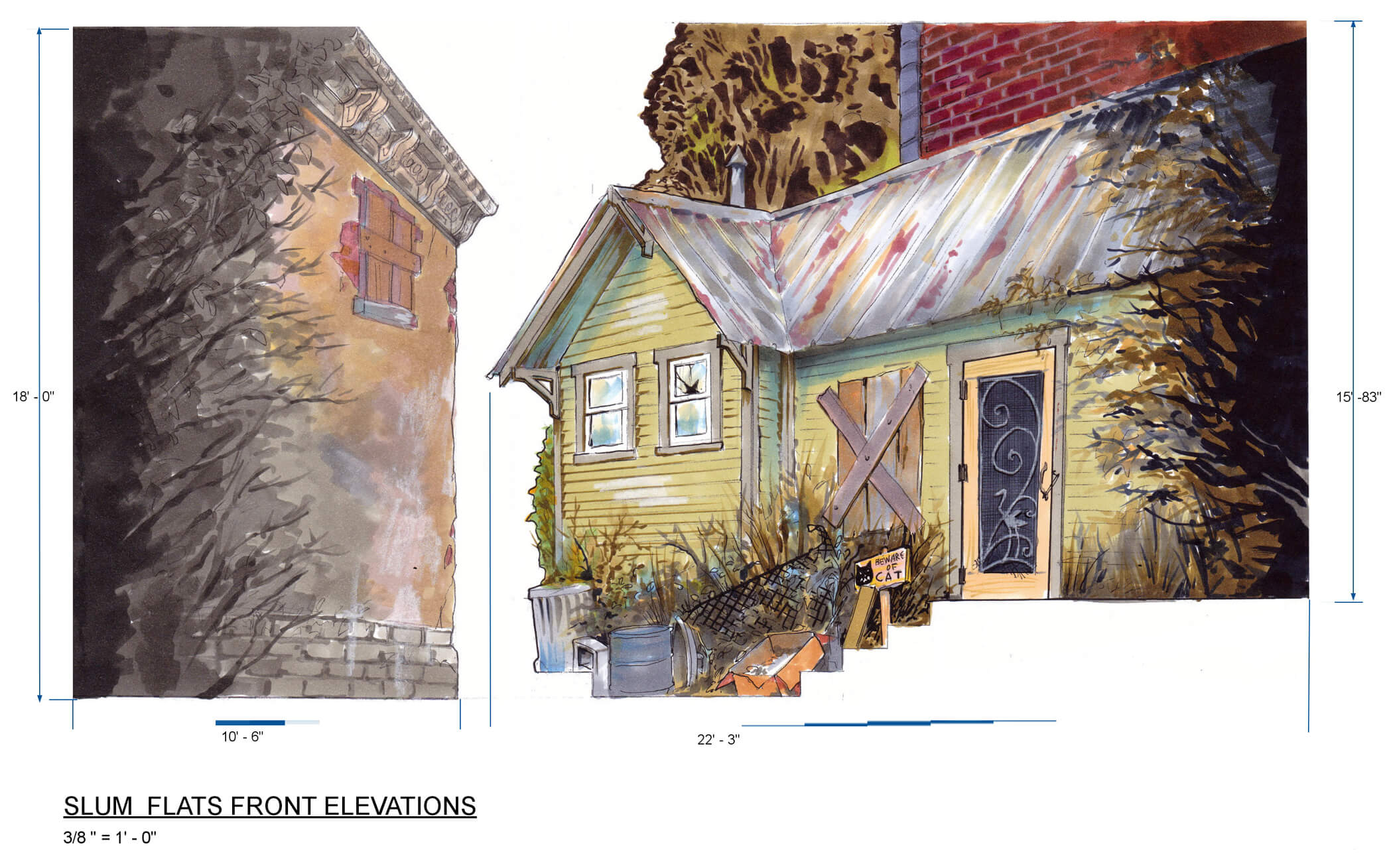 What is your favorite part of the show and why? It was hard to imagine yet another way to tell the Christmas story, but Barbara Robinson’s book does exactly that. The final pageant is the most important part to me… that the pageant happens, that it is nothing like anyone expected it to be, and when the Herdmans see that they are finally accepted and loved for who they are… I get all teary!

What is your favorite holiday tradition? Growing up in Tampa, we embraced the not-snowy weather by going to the beach on Christmas Day. Now I just want to be wherever my family is, but, even if I am on the road away from home, it is still a special feel-good day. You cannot help but feel the love in the air on Christmas morning, no matter where you are.