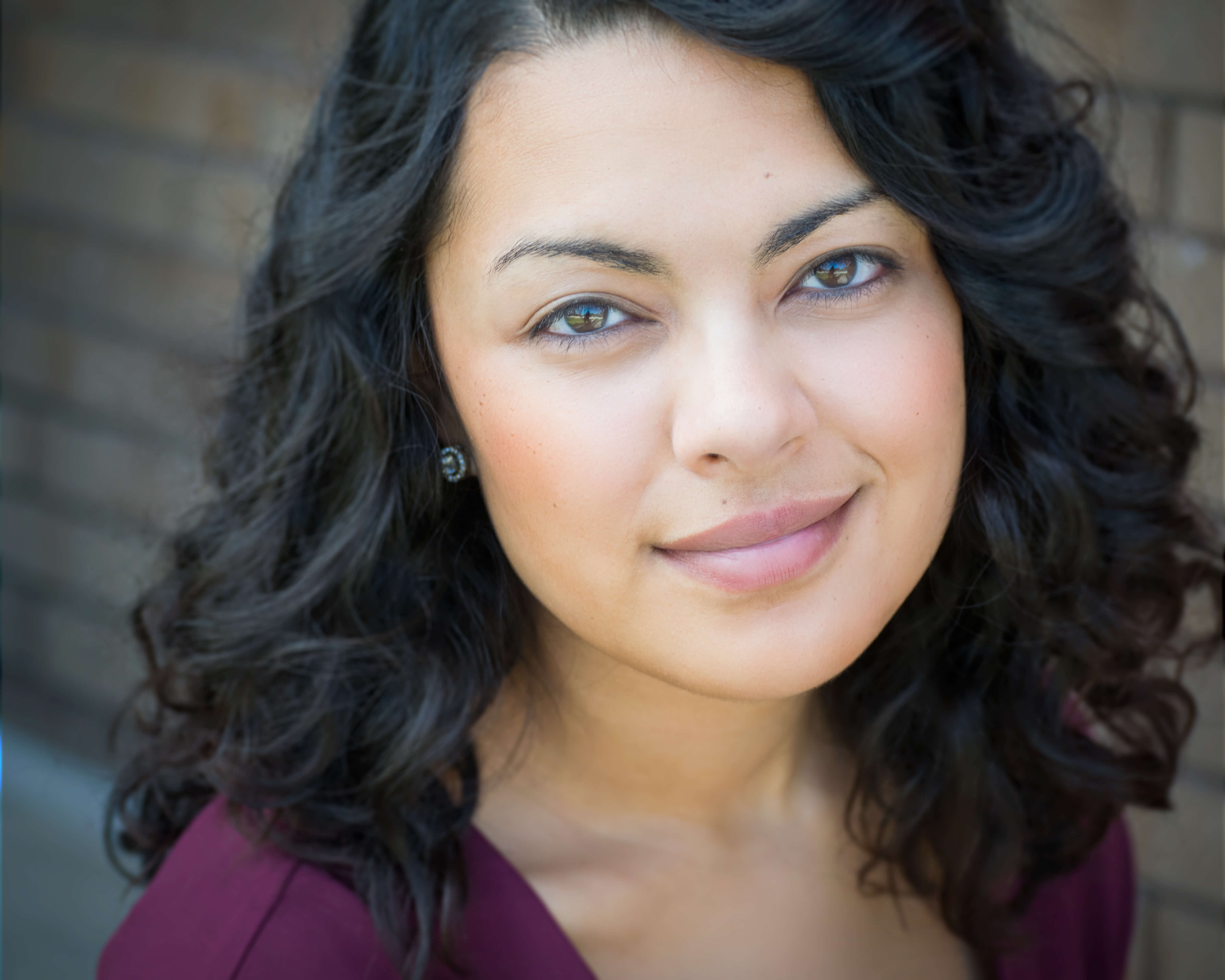 For recent University of Central Florida graduate Michelle LoRicco, theatre does not solely exist to be confined to a stage–theatre is a community experience that deserves to be shared by all. It connects people to the human experience, brings to life universal themes, and helps share stories that might otherwise have gone untold.

When it comes to the quality of these theatrical performances, Michelle is the first to tell you that there is no line separating Theatre for Young Audiences (TYA) and any other stage production.

“To me there is no divide between great theatre and theatre for young audiences,” Michelle says. “I think theatre in general is about sharing the human experience and sharing stories so that you can see yourself represented through a play or a musical. For me TYA just gives access to younger audiences and might also have that educational component.”

As a recent graduate of UCF’s Theatre for Young Audiences MFA program, and current Artistic Resident at Orlando REP, Michelle strives to cultivate connections between audiences and the various works that she helps create.

Some of these works include the recent Perspectives series that told three different stories, each revolving around a relevant topic that may not be viewed as “traditionally commercial.” The first story was shaped as a parable about the refugee crisis whereas the second piece, Just Like Us (which Michelle also directed), follows the story of two documented and two undocumented high school students.

“These readings allowed our community to see different perspectives, different stories from young people who are experiencing hardships and diversity, yet finding their victory through these stories,” Michelle says. 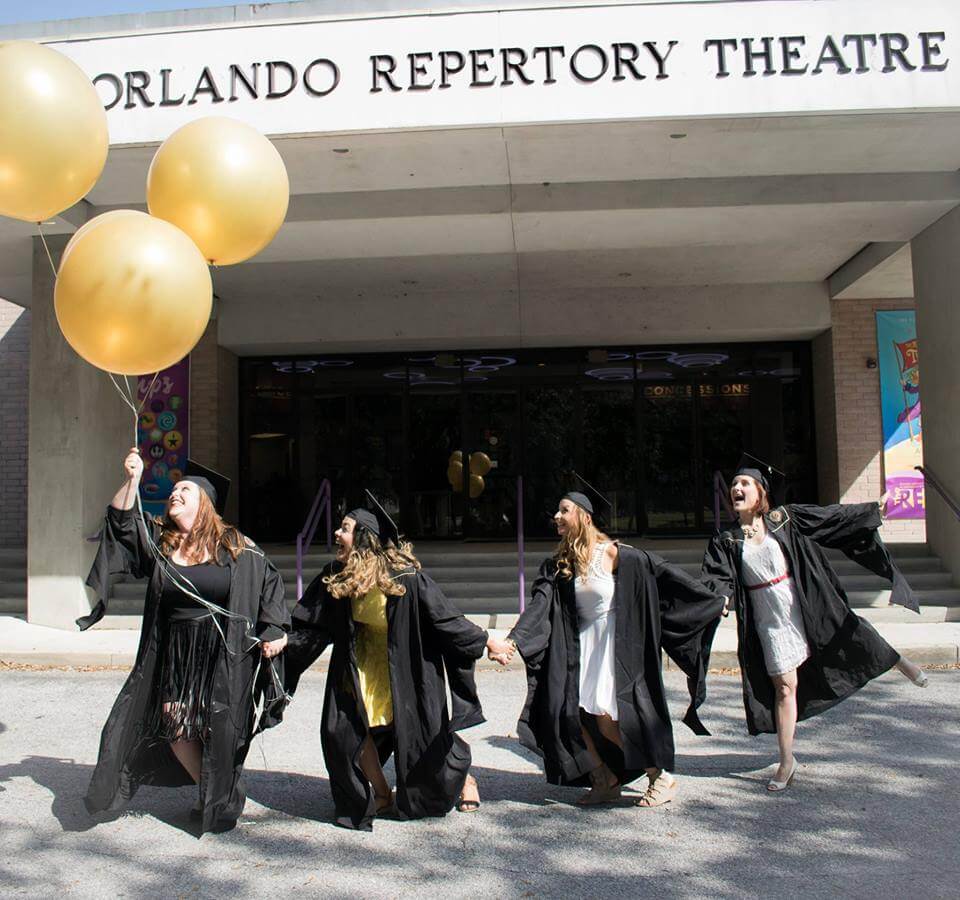 Centered on young women in the Latino community and the shadow of anti-immigration that they continuously live in, Michelle says that Just Like Us was one of the most powerful pieces she’s been able to work on in her career.

“Being a Latina girl, it was really impactful for me as a Puerto Rican woman to see these girls who are in my Latino community go through this,” Michelle says. “These stories represent someone in our culture, someone who might not be so far off from ourselves. We can relate to the protagonists, who are all young people, and see their trials and that we’re not so different after all.”

But Michelle’s theatrical contributions don’t simply begin and end with the Perspectives series. Throughout her three years with Orlando REP, Michelle says that she has found herself “totally immersed in everything”, juggling several different projects as she worked towards the completion of her degree. 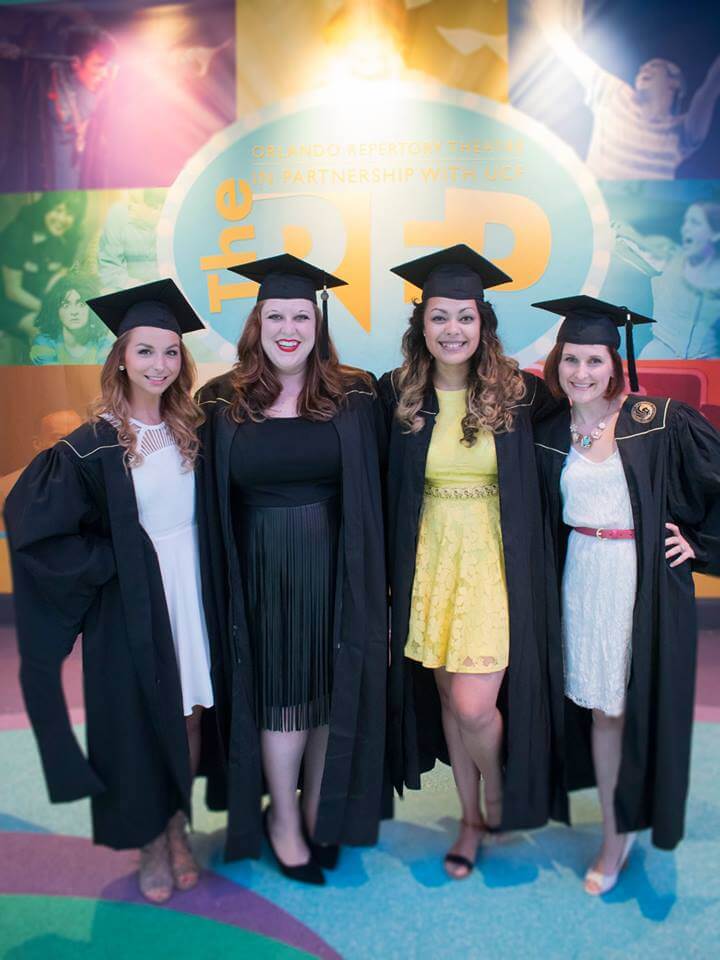 One of the programs she collaborated on at Orlando REP was EyePlay, a dual language program that partners with pre-school teachers to foster professional development and help them teach their dual language classes with theatrical enhancements.

“We really get a lot of hands-on experience in building programming and learning the ins and outs of professional theatre,” Michelle says. “What’s cool about these community programs is that we get to know these kids who might be interested in theatre, talk to their parents, and reward them with scholarships. Hopefully, through this, we’ll be able to maintain that relationship and see them over the summer.”

Although Michelle admits that most of her day revolves around the creation and consumption of all things theatre, she still manages to take a moment to hang out with her rescue dog, Kibi, and be outdoors when she can. But at the end of the day she’s an artist at heart, always searching for new ways to pursue her love of storytelling and sharing that passion with the world.

“I think storytelling is for all ages and I love that our field gives emphasis to younger audiences,” Michelle says. “They grow up with theatre. They’re raised with this idea of empathy and sharing stories, and listening to other people and using art to express themselves. Starting that as early as possible is the reason why I do what I do, and why I am here.”