Orlando, FL (April 14, 2017) – Orlando Repertory Theatre (Orlando REP) is proud to announce it is opening its 2017 – 2018 season with the Drama Desk and Tony Award-winning Newsies The Musical.

Based on the 1992 film of the same name and inspired by the events of the real-life Newsboy Strike of 1899, this Disney musical tells the story of Jack Kelly, a feisty New York City newsboy who dreams of a simpler life away from the big city. When publishing giant Joseph Pulitzer raises the price of the paper at the newsboys’ expense, Jack rallies his fellow newsboys to fight back. With help from spunky female reporter Katherine Plumber and a few new friends, the whole world finds out what happens when “the little guys” stand up and seize the day.

After opening in 2012 and following a two-year run on Broadway with over 1,000 performances, Newsies enjoyed a blockbuster national tour that concluded in 2016. Orlando REP is the first theatre in the southeastern United States – and is one of the first theatres in the country – to subsequently produce Newsies. 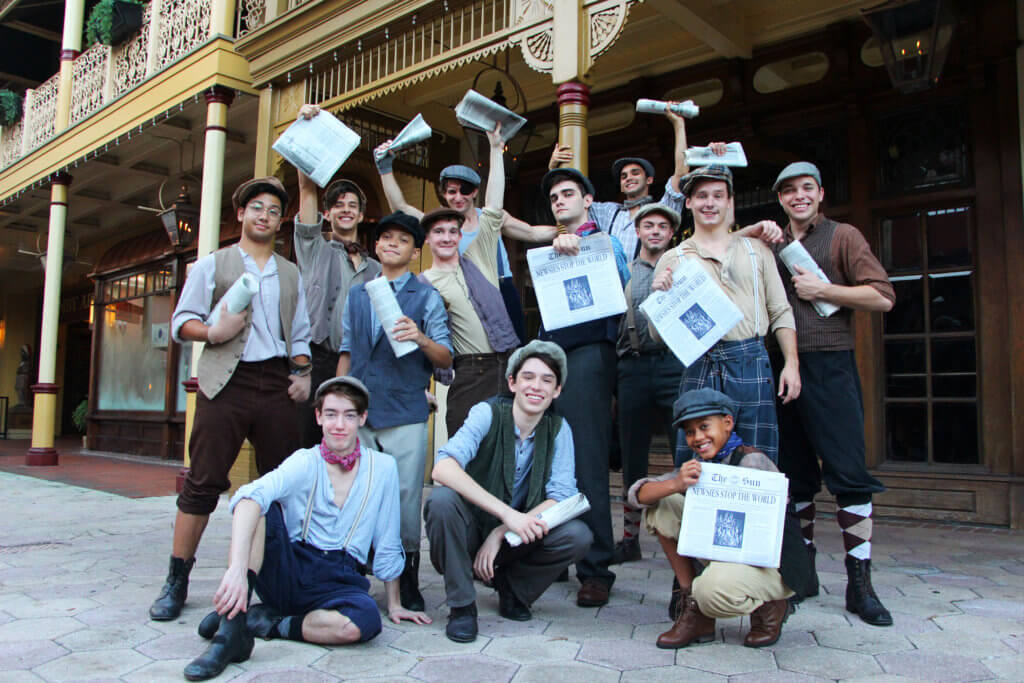 All performances take place at Orlando Repertory Theatre, located at 1001 East Princeton Street, Orlando, FL 32803. Tickets may be purchased online, over the phone, or at the Box Office. Please visit orlandorep.com or call 407-896-7365 for more information.

About Orlando Repertory Theatre | Orlando REP is a professional theatre with a mission to create experiences that enlighten, entertain, and enrich families and young audiences. In addition to productions, Orlando REP conducts community engagement initiatives. The award-winning REP Youth Academy provides classes and workshops for children, along with professional development opportunities to classroom teachers. Housed in a three theatre complex in Loch Haven Park, Orlando REP is also home to the University of Central Florida’s MFA in Theatre for Young Audiences graduate program. The REP is Florida’s only professional theatre for young audiences.