Every March, Theatre in Our Schools Month (TIOS) is an opportunity for theatre educators, students, parents, and all concerned to rally together in raising the awareness of the impact and importance of theatre education in schools. The good news is that most people agree that the arts are an important part of an education! In a 2018 nationwide poll, 91% of those surveyed agreed that the arts are vital to providing a well-rounded education. But what exactly is the impact of arts education? What benefits do theatre and other arts education offer to our students precisely? We wanted to know that answer for ourselves. We are with the 91%, but having data helps us be better advocates for the arts. Here are just some of the benefits that we found:

Arts courses in schools have been positively correlated to standardized testing scores. In 2015, high school students who had taken 4 years of Arts and Music classes scored an average of 92 points higher on the SAT when compared to those with half a year or less of Arts and Music. This lead in performance is consistent back to 1999, the earliest year of available data. Another study in 2011, this time of 4th grade classrooms, found that the 4th graders that had theatre integrated into their language arts education were twice as likely to be successful on the state assessment of language arts than the control group, regardless of gender or socio-economic status. Simply put, students with arts education are performing better on measures of academic performance than their peers throughout their education. 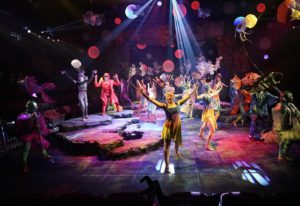 A 2016 study of arts education classrooms demonstrated that arts education had a positive effect on students having a “growth mindset”, which is a student’s belief that their intelligence is changeable rather than fixed, which leads them to seek out challenges and maximize their potential. This could theoretically occur when learning any subject, but theatre and the arts are particularly capable of helping students see their potential to learn. Learning how to create theatre is less about knowing the answers and much more about learning how to ask questions. And asking those questions often involves us trying something out, putting the idea on its feet, which is exactly the sort of behavior described by the “growth mindset”. Theatre can be a key tool in helping students believe that they can learn and grow. 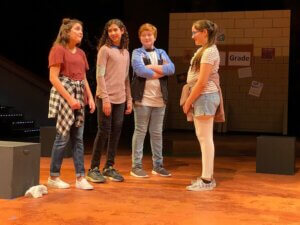 A 2014 study conducted with data from the General Social Survey, a longstanding nationwide survey, found that both individuals who attended arts events and those that created art are more engaged in civic activities within their communities such as voting, volunteering, and participating in group activities. Further research needs to happen to understand better why there is a positive link between the two. We find that theatre has a rich history of asking us to consider our society around us. What is right? Is this wrong? What is my place? Her place? What could we do better? Participating in theatre helps us ask those questions together. 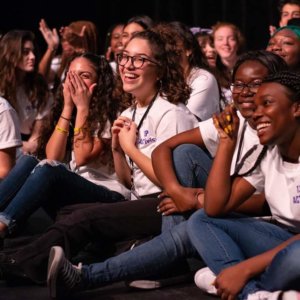 Students who take arts classes, especially acting classes, have increased levels of empathy. A study of freshmen high school students at two arts high schools found that their levels of empathy for others had increased after ten months of arts training. Of the groups studied, students who were studying acting were found to have the highest growth of empathy after 10 months. While the arts in general encourage observation and introspection, acting specifically asks students to think deeply about how they might feel in the same position as the character. Again, more work needs to be done to understand how exactly that training helps students empathize in the “real” world, but we believe that there is absolutely a connection between how we understand characters and how we understand other people. This result confirms the beliefs of theatre teachers and their principals, a majority of which in a 2012 nationwide survey stated that theatre programs were “very important” to improving students’ interpersonal skills. 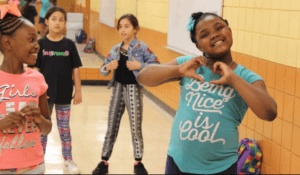 How theatre benefits our students is a really exciting question, and these figures encourage us to maintain that when we make theatre and the arts a part of students’ education, we set them up for success both in school and in life. That’s supported by some data of our own: our personal stories of success and the ones we hear from people like you! It is very hard to play the “what if” game and imagine our lives without theatre, but we can all imagine that they would be less rich without it. Is theatre essential in our schools? Of course!

Do you have a story about how theatre has contributed to your success as an individual? To your child’s success? To your student’s success?