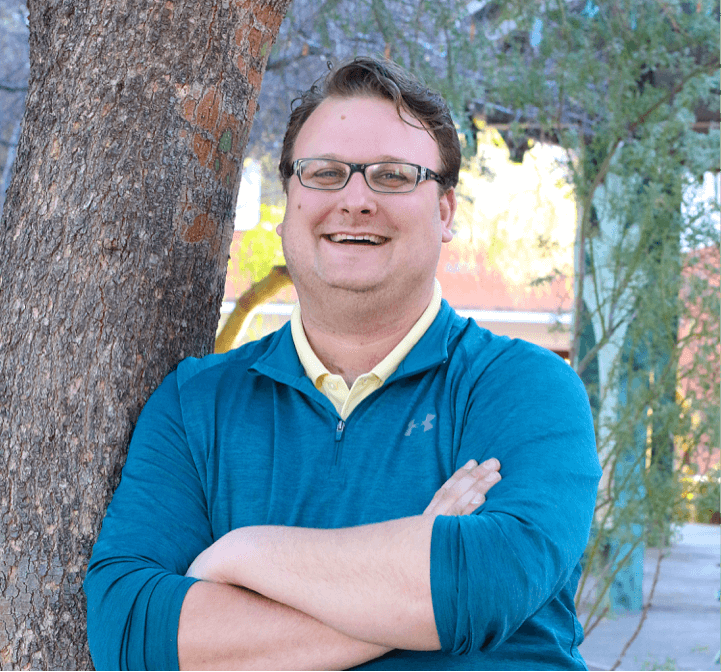 The stage is often the first thing the audience sees when they step foot into a theatre, and it’s also one of the most important elements in every show. The scenery, the props, the overall design, all of it is used as the initial tool to transport the audience into the world that they will be immersed in for the next hour or so of their lives – and the creation and representation of the scenic design is crucial.

The design of such theatrical portals into these imaginative worlds rests carefully in the hands of the show’s scenic designer. Whether they’re diving under the sea for Disney’s The Little Mermaid, or jumping into the fantastical world of a character’s imagination, such as that of Edward Bloom in Big Fish, scenic designers must have a diverse skill set that’s as versatile as the imagination itself.

Joe Klug is one such talented designer who has brought four shows to life on Orlando REP’s stages throughout the past three seasons. Previously named as one of Live Design Magazine’s “30 under 30” scenic designers, Joe is back in Orlando helping bring the larger-than-life musical Big Fish, to life with Orlando REP’s Youth Academy.

Passionate about working with young performers and being part of their early journey, Joe says that the Youth Academy shows are some of his favorites to design – and Big Fish just happens to be his favorite scenic design so far for Orlando REP.

“The intense focus on the storytelling and having all of the magic begin small with the young performers is what I think makes this design so special,” Joe says of Big Fish.

As Joe goes into designing the set of a show, he has a fairly straightforward process as to how he approaches his work and breaks it down into three categories:

With every show that he designs, Joe jumps headfirst into what he says is one of the most important parts of the process – the script. By fully understanding the script, Joe can make sure that his scenic designs are reflective of the storyline, the characters, and the setting, all while keeping in mind that the audience is an active part of the show as well.

“It is my job to help create an environment that helps draw the audience into the story being told on stage by the performers and creative team…The entire creative team was focused on the storytelling and how to make [Big Fish] resonate not only with the young performers on stage, but how to translate that energy out to the audience,” Joe says. “It is a delicate balancing act.”

With well-known shows, Joe finds a new challenge in finding compelling ways to tell the stories visually in unexpected ways. This comes down to the details of scenery, the transitions throughout the shows, and the cohesion of all moving pieces on and off the stage.

After the general direction of the show has been determined, Joe moves on to the “rough model process”, where the landscape comes to life and he “truly begins to shape the story.” He works with shapes, forms, scale, and proportion in relation to the script. This process then goes through continuous editing as his own vision develops and he receives feedback from the show’s creative team. The final stages of the design process after approval include creating color models, paint elevations, drafting, developing shop documents, and following through with the production staff to ensure that the final design on stage is what had been envisioned.

“It is a process and a journey, as a designer,” Joe says. “It is less about the final product and more about the exploration and discovery process that makes theatre special.”

Joe’s highlights of helping create these special worlds on stage at Orlando REP rests with the fact that he gets to work with young professionals early in their artistic journeys. Joe believes in the importance of Theatre for Young Audiences (TYA) because theatre helps “give a voice to so many and gives the young audiences a chance to see their story being told on stage.”

“TYA introduces young audiences to the magic of storytelling and theatre…and it helps introduce children to all of the walks of life that exist in the world,” Joe says. “Working at Orlando REP… I get to come in and be a working professional and help give these young performers a once in a lifetime experience. I have gotten to see some of these young performers grow from year to year and it is truly magical to see that happen on stage and on one of the sets I have designed.”