We have so many wonderful students come through REP programs! Sometimes we get lucky enough that they come back and work as professionals with us as well! Read below as TYA Graduate student Julia Veiga speaks with former Youth Academy student and current professional Stage Manager Morgan Polodna! 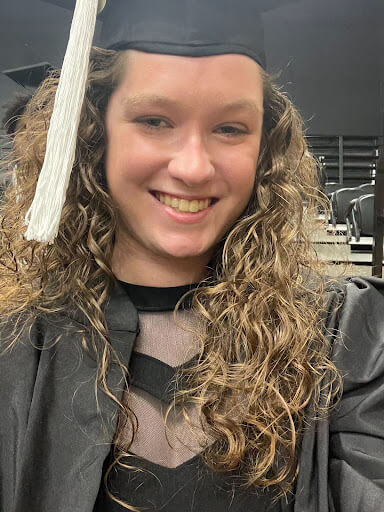 JULIA: It’s so inspiring to hear about REP alumni coming back to join the team! Take me back: It’s your first experience with the Design and Tech Academy (DTA). What was it like? If you could go back and relive a REP experience what would you choose?

MORGAN: I would love to relive the whole process of Lion King Jr. which was the Fall Youth Academy show of 2019 at the Orlando Repertory Theatre. I was the Production Assistant of that show as part of my assignment as a Stage Manager in the BFA Stage Management program at the University of Central Florida. That was the time I got to use the experiences that I had learned from the Design and Tech academy and what I had just recently learned from my Stage Management classes at UCF and put them into practice.

JULIA: If you could go back in time and tell young Morgan in the DTA program what would you tell her? I have a feeling she would be excited to hear about where you are now.

MORGAN: Past Morgan would be excited to know that I help make the magic happen with some of the REP’s mainstage productions as I watched as a little kid and that I would become a professional stage manager like the many ones I interacted with during my time in the DTA program. I looked up to many stage managers while I was in high school and college, and to be one of them now and have DTA students look to me when I stage manage Youth Academy shows like Magic Tree House: A Ghost Tale for Mr. Dickens Jr. is such a full-circle moment for me!

JULIA: Yo, Ho, Ho! Let’s Go!, your current project, is a Theatre for the Very Young piece intended for ages 1-5. I had the pleasure of catching the show last weekend! I could not stop smiling watching the way the cast interacts with their young audiences. You have the unique privilege of watching every single show. Do you have any favorite audience interaction moments you’ve witnessed? Can you highlight a special moment in the rehearsal or performance process?

MORGAN: I love anything involving our puppets, Crabbers the Crab, and Parry the Parrot! We had a lot of rehearsal time for a 30-minute show so there was a lot of time where we spent brushing up on puppetry skills, which has been very cool to see. I love just watching Emily and Logan bring their puppets to life! I love handing off to Crabbers a certain costume piece to play a trick on the Pirate, it feels like I am involved in the process of playing a prank on the Pirate and it’s like an inside joke between Crabbers and me.

JULIA: Stage managers amaze me. It is not an easy job that requires a lot of different skills. What skill in your stage manager tool box is your favorite to pull out?

MORGAN: One skill that I love to pull out of my “stage manager tool box” is making the show seem real during the rehearsal process. It was super important and helpful to have some tangible things during the rehearsal process to practice with, especially because this show is more interactive with the audience than most shows. I drew out a very quick doodle version of the large map on some large paper for the actors to practice seeing and using a large map. I also taped out in the rehearsal room the size of the island flooring was going to be so everyone in the rehearsal room can get a sense of how much space we actually have for the show. I also printed a piece of paper with “Beware of Monkey Business” onto it and taped it onto a music stand to get the sense of a sign as we practiced with that in the rehearsal hall. Anything to help the cast not pantomime the show, I tried to make happen.

Morgan recently graduated from the University of Central Florida with her BFA in Stage Management. This is her Theatre for the Very Young debut but is no stranger to the Orlando Repertory Theatre! Her previous credits at Orlando REP include: Bob Marley’s Three Little Birds (Assistant Stage Manager), Magic Tree House: A Ghost Tale for Mr. Dickens Jr. (Stage Manager), and Guns In Dragonland (Stage Manager). Other credits include: The Grumpiest Boy In The World (Stage Manager) and How To Catch Creation (Stage Manager) at Theatre UCF.

Get tickets for the final weekend of Yo, Ho, Ho! Let’s Go! here! 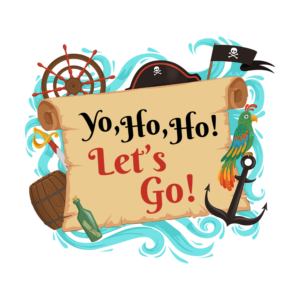